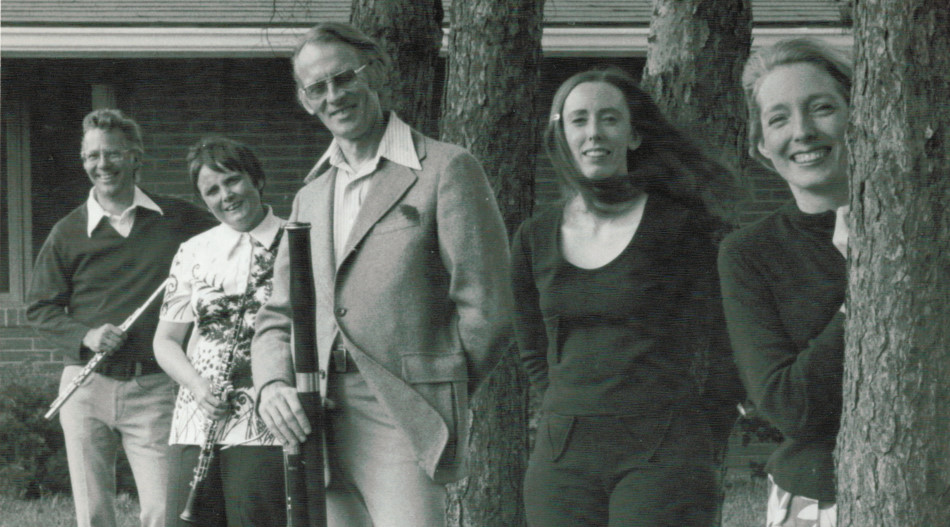 On Tuesday evening, July 24, 1973, passionate music lovers from the Lakes Region of Western Maine gathered at the beautiful old chapel of Bridgton Academy for the first concert of the inaugural season. Every summer since then, the Tuesday night series of concerts in July and August have been high points for local residents and visitors to the area.

After an enthusiastic response to the first season, the SLLMF became a non-profit corporation with the stated purpose of presenting high quality chamber music to the people of Western Maine through concerts, outreach and educational programming. A volunteer board of trustees was elected as the corporation’s governing body. Early financing was through ticket sales and contributions from individual supporters and foundations. Later on, advertising in the program booklet and a concert sponsorship program were added to the fundraising effort. Benefit parties given at the homes of Festival supporters have been enthusiastically attended.

In 1988, the SLLMF moved its venue to the Lake Region High School Auditorium in Naples for two summers during the Chapel’s renovations, and returned for three more seasons with ever-growing audiences. The trustees decided to move the SLLMF to Deertrees Theatre in Harrison in 1993 when a group of citizen volunteers was trying to save this rustic structure in the woods with outstanding acoustics. This historic venue has been the home of the SLLMF ever since.

As Music Director for the first 10 years, Homer Pence invited distinguished musicians from around the country to perform a wide variety of exciting, adventurous music, establishing the dynamic tone of the Festival for future Directors. In 1983 pianists Frieda and Stephen Manes became Co- Music Directors, followed by violist and cellist, Laurie and James Kennedy in 1986. Laurie Kennedy served as Music Director from 2000 to 2015, and Mihae Lee has assumed the position beginning with the 2016 season.

The Tuesday night series has always been the SLLMF cornerstone, but outreach to surrounding towns has played a vital role in growth and community involvement. The Deertrees concerts are all recorded, and the listening area further expanded by broadcasts on Maine Public Radio.

Over forty-five years the SLLMF has evolved and grown, but the Festival’s deep commitment to bringing live, high quality chamber music concerts, performed by a roster of the country’s finest artists to Maine’s residents and summer visitors remains consistently vibrant.

If you believe in keeping quality chamber music alive and accessible, please consider making a gift today. Your generous support will help SLLMF spread the joys of live music.